Jenny started at Moorabbin Veterinary Hospital in 1978! She remembers that she was interested in doing something in the medical field and also had a love of animals, so when she saw an advertisement in the local paper for a nursing position at MVH, she applied – and the rest is history!
Many of our regular clients have grown to know Jenny well over the years, and love her for her sympathetic ear and also her inimitable style and wit!

Jenny has two children, a daughter and a son, and five grandchildren.
Jenny has a beautiful little Maltese Cross called Jemima (who many would have met on a Saturday), and an Abyssinian Cross named Gus. She also owns a big double aviary which houses canaries, lorikeets and cockatiels!
Jenny grew up in the countryside and still enjoys getting out into the fresh air with a round or two of golf every week! 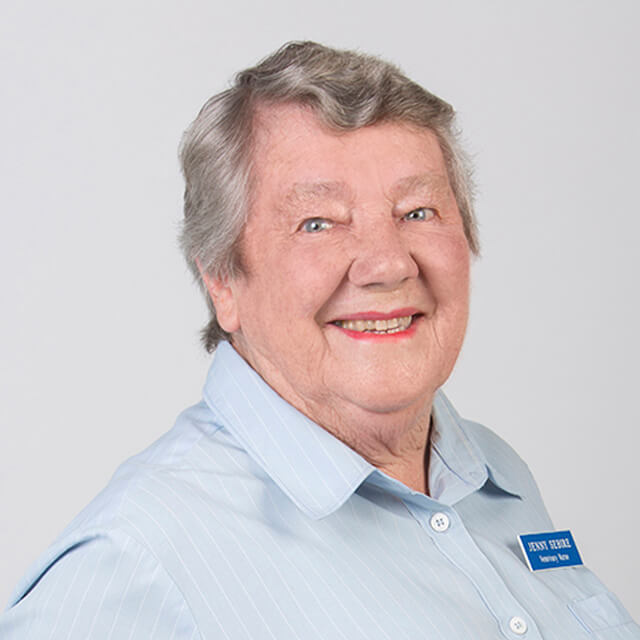 EASTER HOURS | Thank you to all of our clients for

Thank you for your patience 👌🏻

Coronavirus & Pets : Can your furry friends get an

We are currently suspending all Online Bookings. P

WE ARE OPEN | There was an incident two doors down

EAST GIPPSLAND BUSHFIRE APPEAL | Thanks to the gen

CHRISTMAS HOURS | We are open limited hours over t

MEDICATION & FOOD ORDERS | If your pet requires a